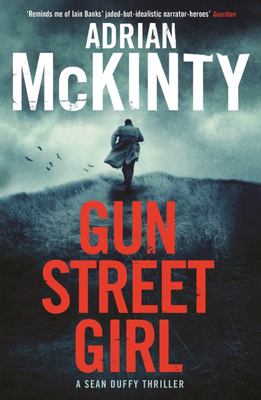 Belfast, 1985. Gunrunners on the borders, riots in the cities, The Power of Love on the radio. And somehow, hanging on, is Detective Inspector Sean Duffy, a Catholic policeman in the Royal Ulster Constabulary.

The usual rounds of riot duty and sectarian murders are interrupted when a wealthy couple are shot dead while watching TV. Their son jumps to his death, leaving a note claiming responsibility. But something doesn't add up, and people keep dying.

Soon Sean Duffy, Belfast's most roguish detective, is on the trail of a mystery that will pit him against shadowy US national security forces, and take him into the white-hot heart of the biggest political scandal of the decade.

Adrian McKinty was born and grew up in Northern Ireland. He studied law, politics and philosophy at university. In the early 1990's he moved to New York City where he worked in bars, bookstores and building sites. He now lives in Melbourne, Australia. The first Sean Duffy novel The Cold Cold Ground (9781846688232) won the 2013 Spinetingler Award, its sequel I Hear The Sirens In The Street (9781846688188) was shortlisted for the 2013 Ned Kelly Award, and Sean Duffy Thriller #3, In the Morning I'll be Gone (9781846688218), won the 2014 Ned Kelly Award and was picked as one of the top 10 crime novels of 2014 by the American Library Association.