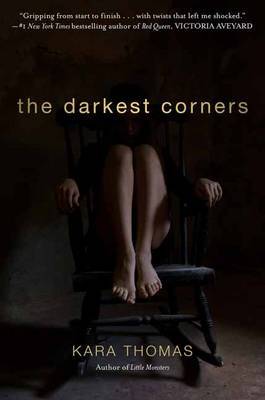 "Gripping from start to finish . . . with twists that left me shocked."--Victoria Aveyard, #1 New York Times bestselling author of Red Queen For fans of Gillian Flynn and Pretty Little Liars, The Darkest Corners is a psychological thriller about the lies little girls tell, and the deadly truths those lies become. There are secrets around every corner in Fayette, Pennsylvania. Tessa left when she was nine and has been trying ever since not to think about what happened there that last summer. She and her childhood best friend Callie never talked about what they saw. Not before the trial. And certainly not after. But ever since she left, Tessa has had questions. Things have never quite added up. And now she has to go back to Fayette--to Wyatt Stokes, sitting on death row; to Lori Cawley, Callie's dead cousin; and to the one other person who may be hiding the truth. Only the closer Tessa gets to what really happened, the closer she gets to a killer--and this time, it won't be so easy to run away. From the Hardcover edition.

Praise for The Darkest Corners "Gripping from start to finish, The Darkest Corners took me into an underbelly I didn't know existed, with twists that left me shocked and racing forward to get to the end."-Victoria Aveyard, #1 New York Times bestselling author of Red Queen "A tight, twisted thriller, full of deft reversals and disturbing revelations--deeply, compulsively satisfying!"-Brenna Yovanoff, New York Times bestselling author of The Replacement "As dark as Gillian Flynn and as compulsive as Serial...Kara Thomas's mystery debut is intricate, chilling, and deeply compelling. Unforgettable!"--Laura Salters, author of Run Away "You'll be up all night tearing through the pages, gasping through the twists and turns."-Bustle.com â "Thomas carefully crafts the suspense, leaving present-tense narrator Tessa--and readers--to doubt even those she loves the most...An unsettling story of loss, lies, and violence lurking in the shadows of a small town." --Kirkus Reviews, Starred Review â "On the heels of Making a Murderer and The Jinx comes a psychological thriller strongly rooted in the true-crime tradition...Expertly plotted with plenty of twists and turns--never mind a truly shocking conclusion--this gritty thriller is sure to find a wide audience among teens and adults alike. Equally concerned with a quest for the truth and the powerful motivation of guilt, this compelling novel won't linger on the shelf." --Booklist starred review â "Thomas keeps it real with a jaded heroine from the have-nots societal segment who holds onto her humanity, and a frank illustration of failure in the justice system. Hand this one to older teens who love dark mysteries or fans of Netflix's Making a Murderer."--Shelf Awareness starred review "Clearly drawn...[and] alive until the twisty end."--Bulletin "Strong character development and thrilling reveals...this novel is a sure bet."--SLJ From the Hardcover edition.

Kara Thomas has written for everything from her high school newspaper to Warner Bros. Television. She is a true-crime addict who lives on Long Island with her husband and rescue cat. To learn more about Kara and her books, visit her at kara-thomas.com and follow @karatwrites on Twitter. From the Hardcover edition.